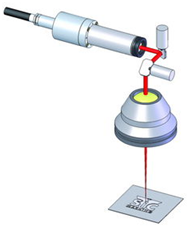 The fiber laser has excellent comprehensive performance, and has many advantages such as high beam quality, high power, good heat dissipation, simple structure and large-scale production. Common fiber lasers are mainly composed of optical system, power system, control system and mechanical structure. The optical system consists of optical sources such as pump source, gain fiber, fiber grating, signal/pump combiner and laser transmission cable. The device material is fused to form an all-fiber laser, and the laser output is achieved under the drive and monitoring of the power system and control system. Fiber laser process design and process management need to be explored and accumulated in the long-term production process, and long-term running-in through the management link can achieve the expected results.

As a new generation of industrial lasers, fiber lasers have been widely used in laser engraving, laser marking, laser cutting, laser welding, laser medical and additive manufacturing. The structure of fiber lasers is similar to traditional solid-state lasers and gas lasers. It consists of three parts: pump source, gain medium and resonant cavity. The pump source is generally a high-power semiconductor laser, the gain medium is a rare earth-doped glass fiber, and the resonant cavity is composed of a coupler or a fiber grating. The pump light emitted by the pump source is coupled into the gain medium through a mirror. Since the gain medium is a rare earth doped fiber, the pump light is absorbed, and the rare earth ions that absorb the photon energy undergo energy level transitions and achieve the number of particles. Inverted, the inverted particles pass through the resonant cavity, transition from the excited state back to the ground state, release energy, and form a stable laser output.