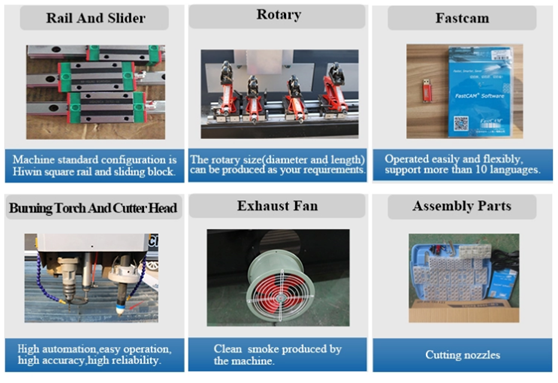 In order to obtain a high compression plasma arc cutting arc, the cutting nozzle adopts a smaller nozzle aperture, a longer channel length and enhances the cooling effect, so that the current passing through the effective section of the nozzle is increased, that is, the power density of the arc is increased. Big. But compression also has a negative effect: the power loss of the arc increases. Therefore, the effective energy actually used for cutting is smaller than the power output of the power supply, and the loss rate is generally between 25% and 50%. In some methods, such as water compression, plasma arc cutting has a higher energy loss rate.

The thickness of the metal plate used in the manufacturing industry is mostly below 50mm. When the conventional plasma arc cutting is in this range, the upper and lower cutting edges are often formed, and the upper edge of the cutting edge also causes the dimensional accuracy of the slit to decrease. Will affect subsequent processing. When carbon steel, aluminum and stainless steel are cut by oxygen and nitrogen plasma arc, when the thickness is in the range of 10~25mm, the thicker the material is, the better the verticality of the edge is, and the angle error of the cutting edge is 1 degree~ 4 degrees. When the plate thickness is less than 1 mm, the gap angle error increases from 3° to 4° to 15° to 25° as the plate thickness decreases.