How to heighten quality on glass products of CO2 laser marking machine?

How to heighten quality on glass products of CO2 laser marking machine? 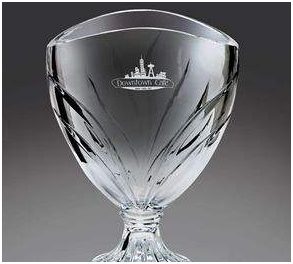 First, the first method uses a single laser radiation to produce a sharply visible mark on the glass, but it is important to note that the direction of the crack and stress pattern will expand perpendicular to the direction of laser movement. After a short time or even a few days after the mark is printed, these cracks perpendicular to the direction of laser light will form new cracks, extending to the vicinity of the original mark to form fragments, thereby affecting the sharpness of the mark. With multiple laser radiation, the regions adjacent to the marked regions are heated by heat conduction, thereby forming stress gradients in these regions, reducing the likelihood of secondary cracking. Marking on soda lime glass and borosilicate glass using this method is very effective. One laser radiation is more effective for marking on fused silica glass and quartz glass because the expansion coefficients of the two materials are very low.

The second method uses a series of annular cracks to form text, bar codes, square or rectangular codes, and other shape code patterns. The glass produces low density annular cracks through heating and cooling cycles. When the glass is heated, the surrounding material is expanded and extruded. When the temperature rises to the softening point of the glass, the glass rapidly expands to form a dome of the convex glass surface of the low-density material. The glass shrinks to the original surface position after heating, but this relaxation time is the time during which the entire low density is formed, making it impossible to return to the starting position before the softening temperature.

Three different marking methods were used to mark the glass with a carbon dioxide (CO2) laser, ie multiple laser passes; discrete points formed annular cracks and cracked surface cracks. Since the spot energy is Gaussian, the temperature at the center of the spot is high. When this high temperature region returns to near the starting position, the center of the annular crack is formed in this region. A stable annular crack is formed at the joint between the low density forming region and the standard density region. This method is suitable for marking on ordinary optical materials and tempered glass, chemically reinforced glass or ordinary soda lime float glass.

The third method also uses the same heating and cooling process, which changes the surface of a particular volume of glass. However, the size of the spot used in the third method is relatively large, and the boundary at the junction of the two density regions is not as sharp as the ring crack method. The markings produced by this method are not immediately visible and require a slight pressurization before they begin to produce lattice cracks along the laser marking area. The pattern is filled with the resulting fragment-free cracked stripe to form text, graphics, and various codes. Because this method requires a pure surface, high quality automotive glass can be used to print clear marks.